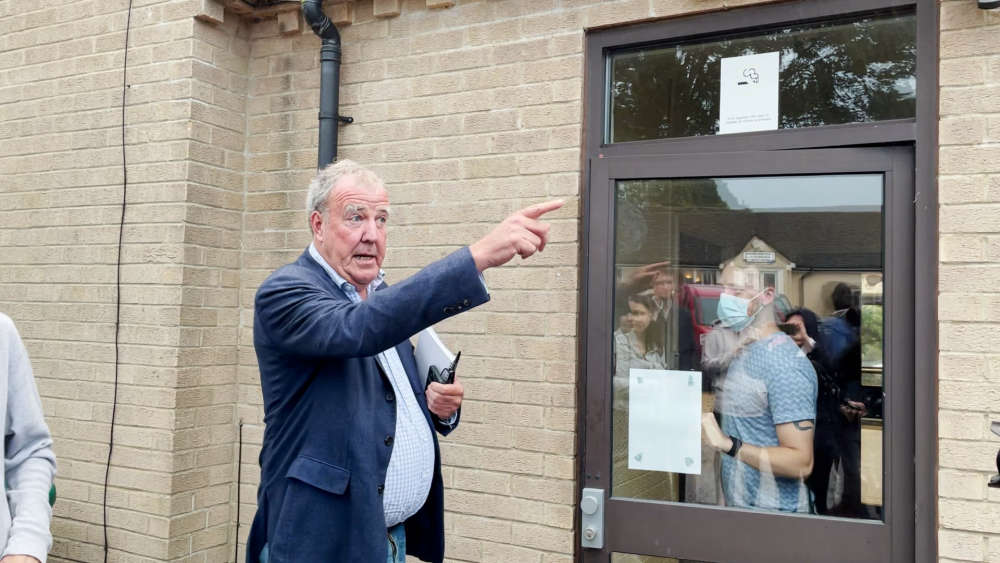 He wanted to convert a lambing shed on his Oxfordshire farm and extend an existing car park.

Jeremy Clarkson filed an application to create a 50 cover restaurant, featuring a kitchen, “servery area and an internal seating area” at Diddly Squat in September.

It added that in the application, an extension to the existing car park to provide capacity “for 60 to 70 cars” was also being sought “to deal with both the under provision of parking for the existing shop and any increased visitor numbers that will associate with the new restaurant.”

The broadcaster, 61, told the BBC the plans would enhance farming and tourism in the area and the refusal meant a “very bad day for farming”.

When asked how frustrated he was, he added: “Very, and so will all the local farmers.”

Planning documents revealed Chadlington Parish Council held a public meeting in November 2021 on whether to “object” or “neither object nor support” the proposed development. It resulted in an inconclusive vote.

The parish council added that as the application had been “so divisive and contentious”, it should be referred to the full planning committee instead of a sub-committee.

Nearly 70 objections were lodged against the application online, while 17 comments were supportive.

Those who objected stated it the development would “create further erosion of the tranquillity and would have a significant environmental impact within the Cotswold Area of Outstanding Natural Beauty (AONB)” while others stated the application would “make the traffic situation worse”.

People who supported the application said the plans would “totally enhance the immediate area around the existing shop” while the proposals around parking and improving the access would “significantly improve the situation.”

Clarkson, whose farm is subject to an Amazon Studios series called Clarkson’s Farm, previously held a meeting with residents in the nearby village of Chadlington in September following the “gossip” that had spread about his plans.

Those who attended the meeting – which was only open to residents – previously told PA they “got the feeling” the majority of residents were open to the project.

Diddly Squat Farm has proved popular with visitors after being featured in an Amazon series last June.

Clarkson bought the farm in 2008 and it was run by a villager, but when he retired in 2019, the TV presenter decided to see if he could run it himself.

The success of the series has seen people flock to the farm shop to buy products such as “Cow Juice”, rapeseed oil, chutneys and jams.

Reports have previously said neighbours had been left annoyed by the amount of shoppers who have queued for hours to purchase goods.