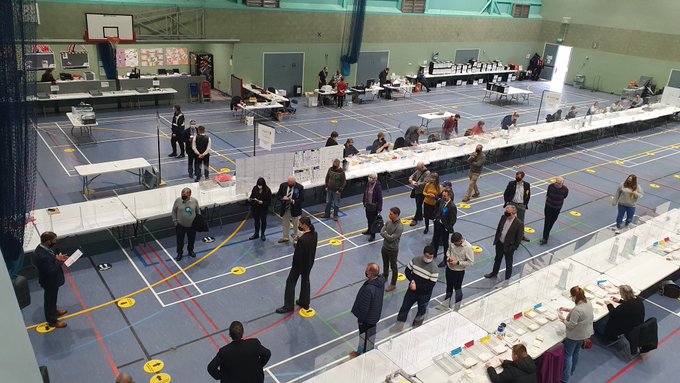 The Conservative group remains the largest on the council, but it now has only 22 seats.

The Conservative leader of Oxfordshire County Council - Ian Hudspeth - was among those who lost his seat as votes were counted yesterday.

Taking 22 seats, the Tories fell far short of the all out majority of 32 needed to claim power.

Following them were the Liberal Democrats with 21 seats, the Labour Party with 15, the Greens with three, the Henley Residents Group with one, and one seat went to independent, Les Sibley, of Bicester West.

It remains to be seen what kind of governing group will be formed.

He said: “It is very disappointing obviously, but that is democracy for you and that is what the ballot box has said.”

He also thanked his Conservative colleagues and wished good luck to those who had won in their council divisions again.

It was all-change in many of the 63 electoral divisions across the county from the first result that came in.

The county council confirmed there had been an ‘administrative error’ in the result, and it is understood Labour plans to make a legal challenge to the result.

If successful it could reduce the Conservatives lead over the Lib Dems, leaving them level with 21 seats apiece on the council.

Labour meanwhile gained Chipping Norton and Witney North and East from the Conservatives.

Both of these seats had Tory councillors who had resigned from the party in the run up to the elections to sit as independents, Hilary Hibbert-Biles and Suzanne Bartington, neither of whom stood again.

The Greens also gained two extra seats from the Conservatives in Kidlington South and in Berinsfield and Garsington, as well as holding the Wallingford seat they won at a by-election in 2019.

But the Lib Dems were the party that shook up the political make-up of the council most.

As well as claiming the Woodstock seat from Mr Hudspeth, they claimed seats in other former Conservative strongholds in Eynham, Thame and Chinnor, and Otmoor, while holding onto marginals like Sutton Courtenay and Marcham.