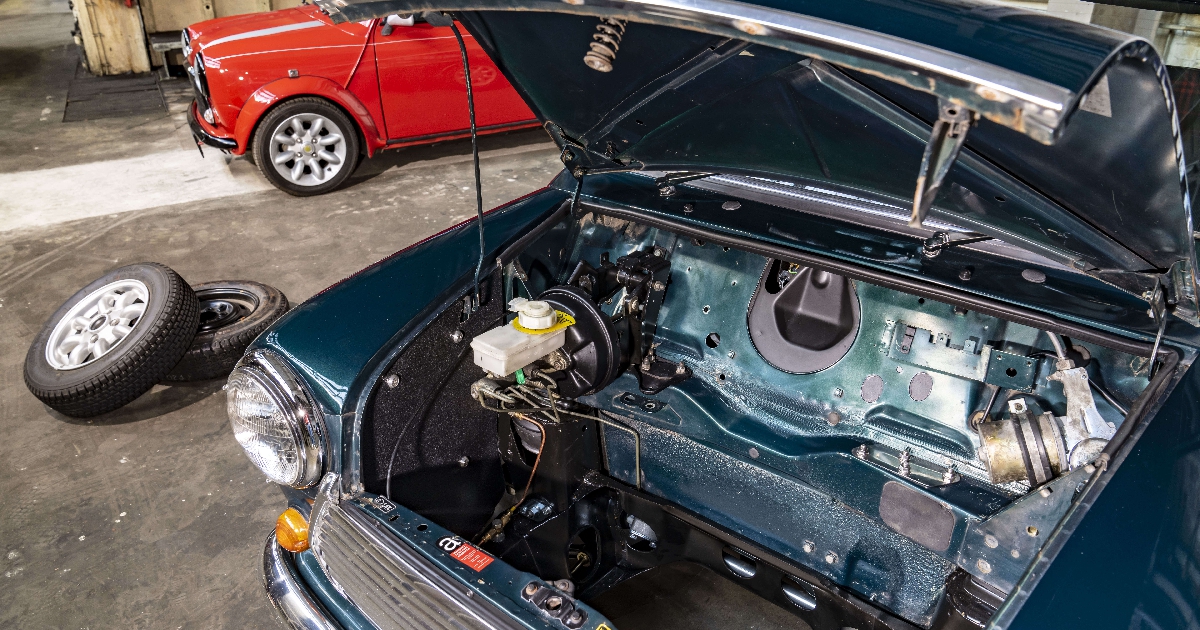 A new department at the Cowley plant will offer electric conversions of classic models.

Called the Mini Recharged project, it has been developed following a positive reception to a one-off classic Mini Electric created in 2018 and shown at the New York Auto Show. Because of this reaction, a dedicated team has been set up at Mini’s Oxford plant to offer the same type of conversion to customers who own a classic Mini.

The classic’s engine is swapped out for a 121bhp electric motor and battery, enabling a 0-60mph time of just under nine seconds and a fully electric range of up to 99 miles. The original’s four-speed manual gearbox, meanwhile, is taken out in favour of a single-speed version.

The charger port of the electric Mini is located under the original fuel filler cap, while the battery capacity is relayed to the driver within a redesigned version of the original gauges.

The petrol motor is also marked and stored – rather than being thrown away – so that the car can be returned to its original state should the owner desire. Only reversible changes are made as part of the conversion.

Bernd Körber, head of the Mini Brand, said: “What the project team are developing preserves the character of the classic Mini and enables its fans to enjoy all-electric performance. With Mini Recharged, we are connecting the past with the future of the brand.”

No new vehicles are being created for the project, with only existing cars being converted to electric power. Created ‘exclusively in the United Kingdom’, each car is given an individual number. For now, Mini has yet to announce a price for the conversion.