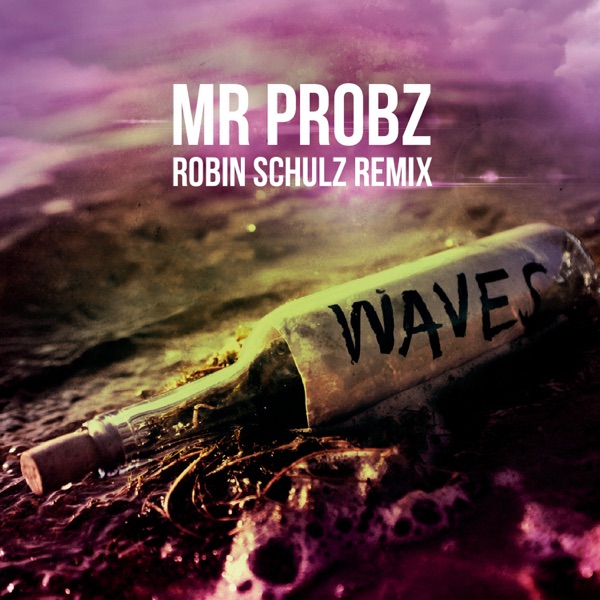 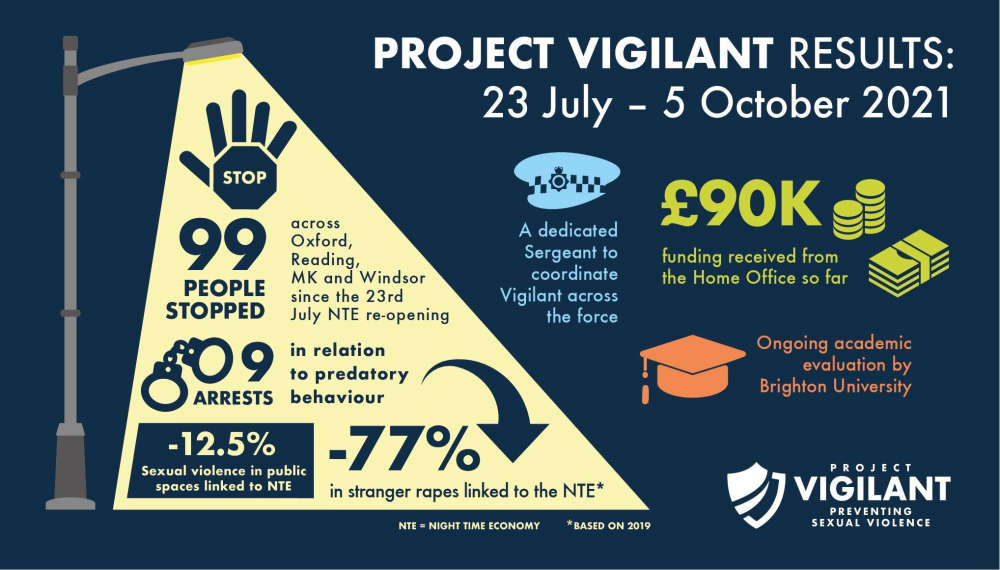 Nine arrests have also been made since COVID restrictions easing in July 2021.

Project Vigilant uses a combination of uniformed and plain clothed officers to carry out patrols in areas outside night clubs, bars and pubs and identifies people who may be displaying signs of predatory behaviour, such as sexual harassment, inappropriate touching and loitering.

Plain clothed officers who identify this kind of behaviour will contact the dedicated Project Vigilant uniformed officers who will stop those identified and take positive action to discourage this behaviour, which may include arrest.

The initiative has been operating in Oxford, Reading, Milton Keynes and Windsor.

Project Vigilant has contributed to a reduction in sexual offences linked to the night-time economy in the four areas running the initiative.

In addition to this, 99 people across Oxford, Reading, Milton Keynes and Windsor have been stopped and nine arrests have been made in relation to predatory behaviour.

Detective Chief Inspector James Senior, the force lead for Project Vigilant, said: “We launched Project Vigilant in 2019 and, following these latest statistics, it is reassuring to see that it is contributing to reducing the number of sexual offences in the night-time economy, ensuring we are able to protect and safeguard our communities.

“Retaining the public’s trust and confidence in the police is particularly vital at the moment and Project Vigilant is just one way in which the force is working hard to do this.

“We’ve stopped 99 people in this time period for varying degrees of predatory behaviour which included unwanted contact towards women and harassment.

"By us taking positive action against this type of behaviour, we’re making it clear that it will not be tolerated. Everyone stopped and arrested as part of this initiative is considered for further action or support to address their behaviour.

“We are committed to continuing this project with our partners in order to make our communities safer and prevent offences from taking place.”

Thames Valley Police was awarded £90,000 of Home Office funding to fund a dedicated Sergeant to Project Vigilant and commission an academic evaluation by Brighton University into the effectiveness of the project and the impact on future offending.

The evaluation is currently ongoing and will allow them to have a better understanding of public confidence and how the force can improve engagement.