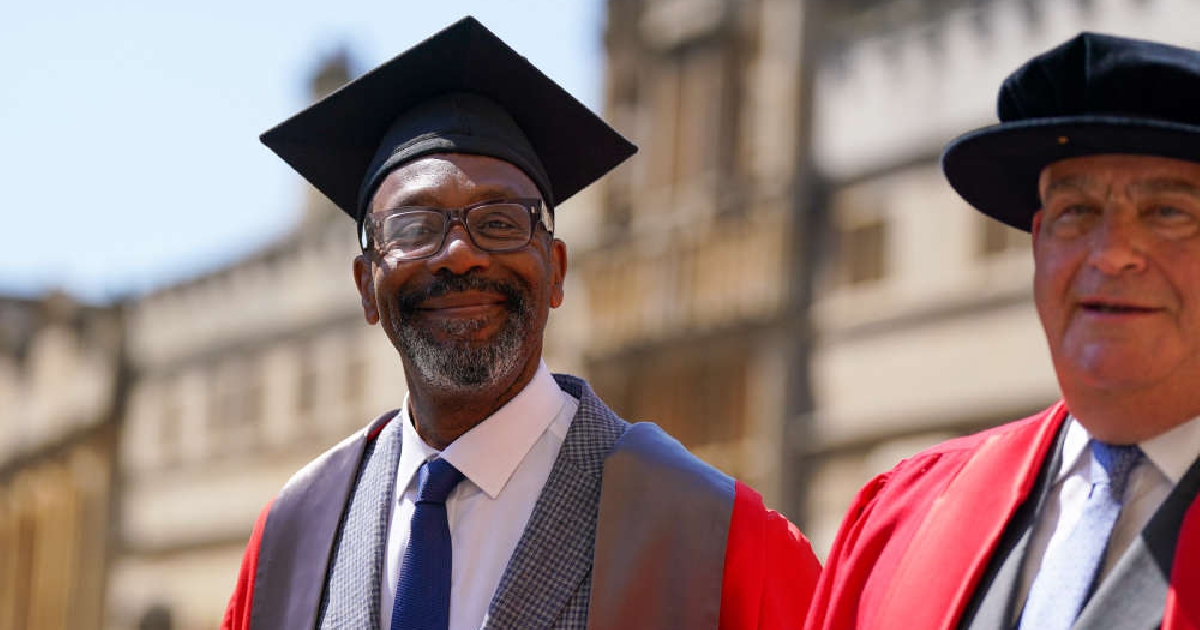 The actor and comedian was among nine recipients to receive the honour.

Sir Lenny Henry joined some distinguished company as he collected an honorary degree from Oxford University.

The 63-year-old was pictured at The Sheldonian Theatre in Oxford yesterday, wearing a grey checked suit along with the ceremonial red and black robe and black mortarboard hat.

Born in Dudley, Sir Lenny won the talent competition New Faces in 1975 and started working in television when he was 16 years old.

He went on to feature in numerous TV shows including Broadchurch, The Syndicate, The Long Song and the biographic Danny And The Human Zoo. 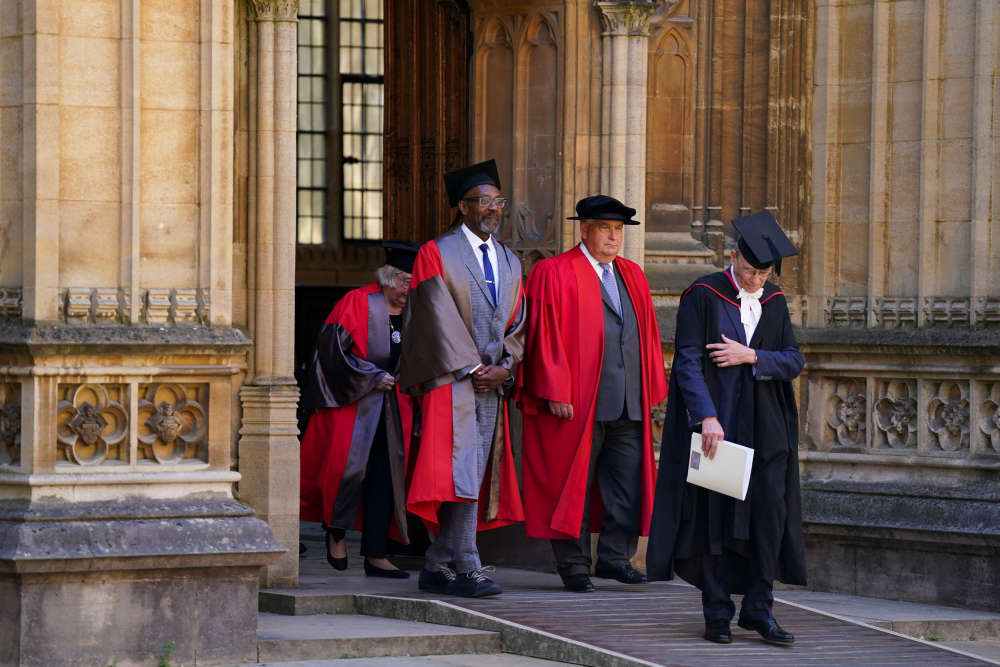 In 2016, the actor received a Bafta Award for outstanding contribution to television.

He also co-founded the charity Comic Relief alongside filmmaker Richard Curtis in 1985 and set up The Lenny Henry Centre for Diversity at Birmingham City University, where he is Chancellor.

Sir Lenny received a knighthood from the Queen at Windsor Castle in 2015.

Also among the recipients was Wim Wenders, a notable figure in contemporary German film, British scientist Bernard Taylor and Professor Susan Solomon – who is regarded as a world leader in atmospheric science.

Professor Dame Louise Richardson, vice-chancellor of Oxford University and chair of the committee on honorary degrees, said: “We are delighted to have this opportunity to recognise and to celebrate the myriad accomplishments of our nine distinguished honorands across a wide range of fields.

“Together they have enlightened us, entertained us, and improved the lives of people around the world.” 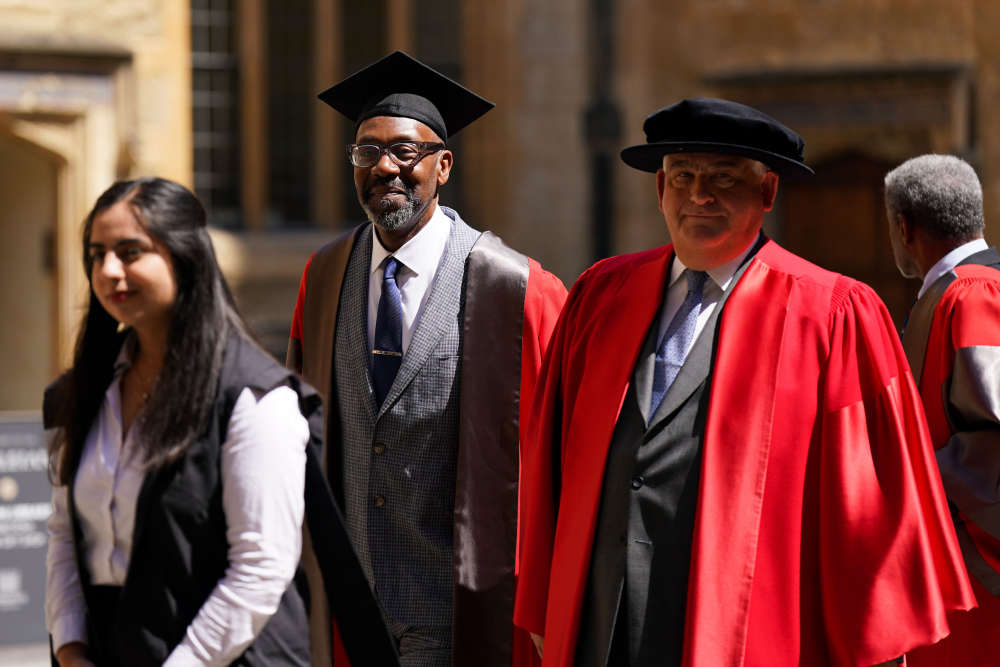