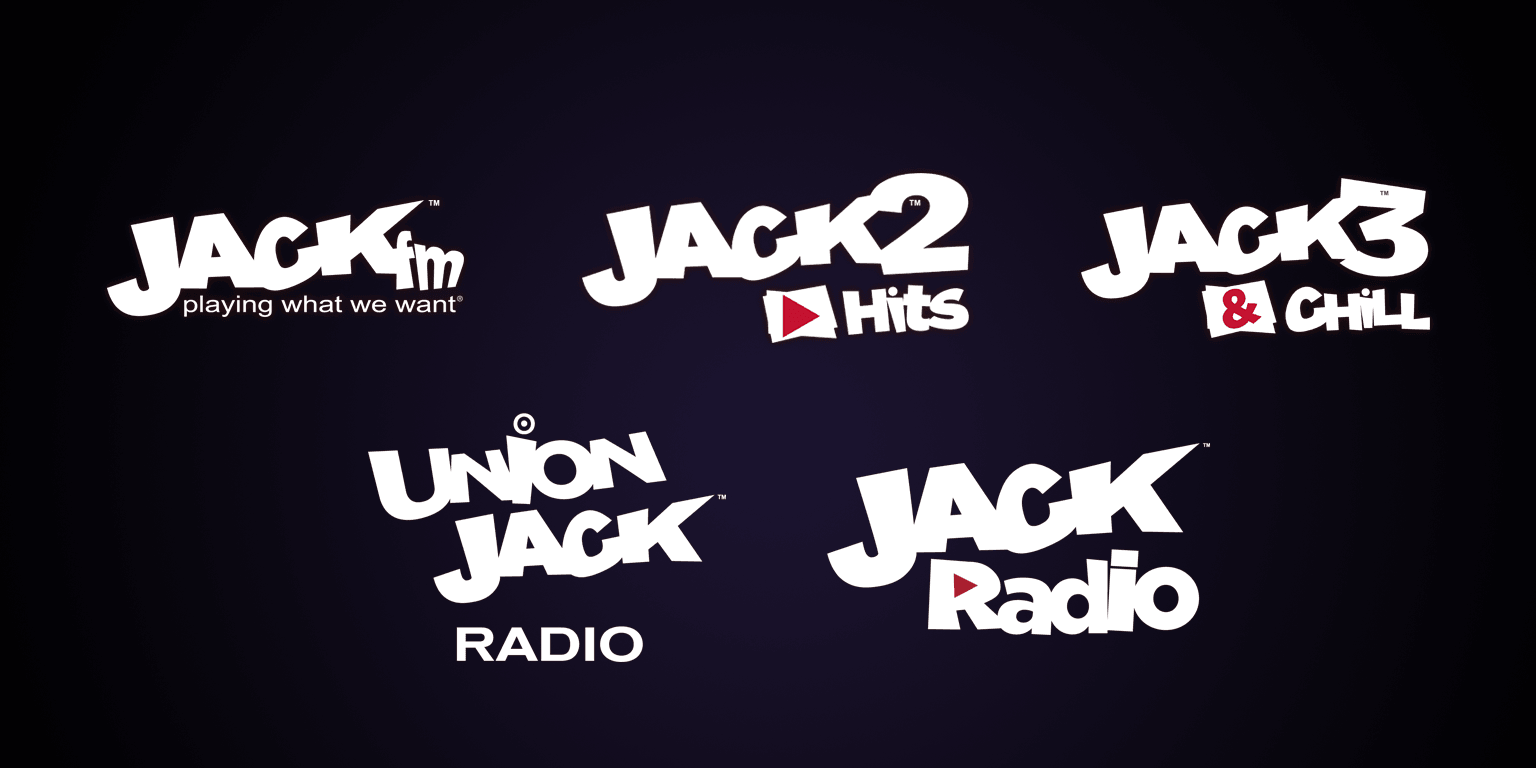 •    National JACK stations Union JACK and JACK Radio now reaching combined audience of almost a quarter of a million (231,000) for 1,215,000 hours each week

The JACK group of radio stations can today announce another hugely successful RAJAR result*, with its portfolio of two national and three local radio stations now reaching a combined weekly audience of 305,000, who are tuning in for more than 1.6m hours each week – that’s an average of 5.3 hours per listener each week, demonstrating an audience that is both highly engaged and well entertained.

Based in Oxfordshire and one of the last commercial radio groups to remain independent, the success of the JACK brand has been continuously demonstrated with consistent increases in listeners and hours, as the stations continue to broaden their content to include a clever and targeted range of programming.

The newest station in the portfolio, JACK Radio, which launched just six months ago and plays music exclusively from female artists, has more than doubled both its weekly reach (85,000) and hours (467,000), with its audience again listening for an individual average of 5.5 hours every week. The station has slowly started to expand its programming content, with new shows such as Universally Speaking, which focuses on health and wellbeing and is fronted by two of the world’s leading clairvoyant-mediums, and a dedicated female sports news bulletin, capitalising on current issues and interests.

The other national radio station in the group, Union JACK, also in its infancy having launched just over two years ago, has achieved its highest ever number of hours, totaling a massive 748,000 across its 150,000 strong audience. Union JACK has created a home for British comedy on the radio, with clever programming initiatives including recent collaborations with the world-renowned Leicester Comedy Festival, broadcasting some of the show’s content on the radio for the first time, and with a number of popular and up-and-coming comedians including critically-acclaimed broadcaster Geoff Lloyd and burgeoning impressionist Josh Berry, with further exciting and groundbreaking initiatives set to be announced in the coming months.

JACK CEO Ian Walker said: “The latest RAJAR results demonstrate the potency of the strong brand that we have created in JACK, particularly given the infancy of our two national stations. Each station has a clear demographic and a clear programming strategy in place, and we have a great team on board who are dedicated to creating something fresh and unique in radio. Together, we are quickly realising our aspirations in both national and local radio and we can’t wait to share some of the great new initiatives that we’ve got coming up with our listeners.”

About the JACK brand
The JACK brand originated in Canada and quickly established itself as one of the most successful brands in North America, today attracting over 20 million listeners. The brand provides an unconventional package with localised, targeted music to give the listeners a fun, energising and connective experience.
In 2007, Ian Walker, Donnach O’Driscoll and Clive Dickens brought the JACKfm brand to the UK, launching the station in Oxfordshire to much acclaim; it is today the most awarded local commercial radio station in UK radio history, having received over 40 industry commendations, including two for UK Radio Station of the Year. Also in Oxfordshire, the brand has a younger spin-off, JACK 2 Hits, while JACK 3 Chill launched on DAB in May 2017.
In September 2016, the team announced the arrival of Union JACK Radio, which shook up the media landscape with a unique proposition that sees every song played on air being voted for by the station’s audience via the most extensive playlist ever in UK radio. The station also operates without a DJ, meaning that listeners hear only the content that they have selected, 24 hours a day. Continuing to challenge the status quo, another new national digital station, JACK Radio, was added to the family in October 2018, playing music exclusively by female artists.